Visual cognition in disorders of consciousness: from V1 to top-down attention. 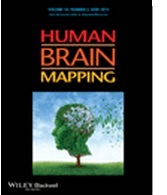 What is it like to be at the lower boundaries of consciousness? Disorders of consciousness such as coma, the vegetative state, and the minimally conscious state are among the most mysterious and least understood conditions of the human brain. Particularly complicated is the assessment of residual cognitive functioning and awareness for diagnostic, rehabilitative, legal, and ethical purposes. In this article, we present a novel functional magnetic resonance imaging exploration of visual cognition in a patient with a severe disorder of consciousness. This battery of tests, first developed in healthy volunteers, assesses increasingly complex transformations of visual information along a known caudal to rostral gradient from occipital to temporal cortex. In the first five levels, the battery assesses (passive) processing of light, color, motion, coherent shapes, and object categories (i.e., faces, houses). At the final level, the battery assesses the ability to voluntarily deploy visual attention in order to focus on one of two competing stimuli. In the patient, this approach revealed appropriate brain activations, undistinguishable from those seen in healthy and aware volunteers. In addition, the ability of the patient to focus one of two competing stimuli, and switch between them on command, also suggests that he retained the ability to access, to some degree, his own visual representations.