How to be a contextualist 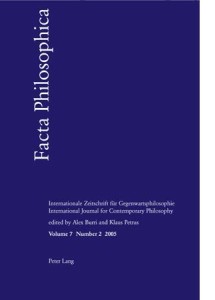 This paper deals with the semantic issues of epistemological contextualism – the doctrine according to which the truth-conditions of knowledge ascribing sentences vary depending on the context in which they are uttered. According to the contextualist, a sentence of the form “S knows that p” does not express a complete proposition. Different utterances of this same sentence, in different contexts of utterance, can express different propositions: “know” is context-dependent. Little attention has been paid to a precise formulation of the semantic contextualist thesis grounding epistemological contextualism. My goal is then to assess differences and similarities between “know” and context-sensitive terms in a natural language – in particular pure indexicals and demonstratives: my remarks are a strong argument against the postulation of an indexical element in ascriptions of propositional knowledge.