The neosentimentalist argument against moral rationalism: some critical observations 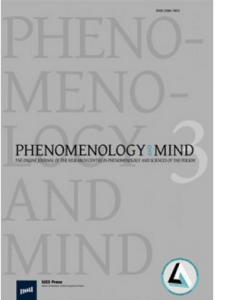 On the basis of the empirical evidence concerning the role of emotions in moral judgments, new sentimentalist approaches to metaethics have been proposed. Nichols’ theory of sentimental rules, in particular, associates the emphasis on emotive reactions to the relevance of a normative body of rules that guide our judgment on actions. According to Nichols, the emotive mechanism of concern explains the acquisition of the moral capacity and, together with the evidence on psychopaths and autistic children, shows the implausibility of a) moral rationalism, both as a conceptual and as an empirical thesis; b) motivational internalism; and c) moral objectivism. However, if we distinguish between i) the initial acquisition of morality in children and ii) the adult experience of it, we can see that to accept a central role of the emotive mechanisms in the first is not to have shown their centrality in the second. in particular, it is not possible to account for the normative theory in purely emotive terms, even though we accept that their emotive connotation favours the evolutive success of the norms. A moderate rationalist view, grounded on the notion of reflective endorsement and on the cooperation between emotions and rational. Capacities seems quite compatible with the empirical evidence and can justify plausible forms of internalism and objectivism.