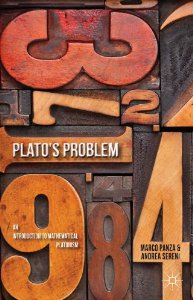 What is mathematics about? And if it is about some sort of mathematical reality, how can we have access to it? This is the problem raised by Plato, which still today is the subject of lively philosophical disputes. This book traces the history of the problem, from its origins to its contemporary treatment. It discusses the answers given by Aristotle, Proclus and Kant, through Frege’s and Russell’s versions of logicism, Hilbert’s formalism, Gödel’s platonism, up to the the current debate on Benacerraf’s dilemma and the indispensability argument. Through the considerations of themes in the philosophy of language, ontology, and the philosophy of science, the book aims at offering an historically-informed introduction to the philosophy of mathematics, approached through the lenses of its most fundamental problem.